Nepal’s Annapurna Circuit Trek climbs from lowland villages surrounded by lush fields and forests up through the mountains into the arid trans-Himalayan region that lies on the edge of the Tibetan Plateau and then back again. Many veteran trekkers still consider the Circuit the ultimate long-distance trekking in Nepal. Despite being very popular the Circuit is always done counter-clockwise so the amount of trekkers you bump into is limited to those you overtake or whom overtake you, ie you don’t keep meeting them head on.

The Annapurna Circuit Trek encircles the Annapurna Massif, a collection of snow-covered summits, several over 8,000m, and trekking it you will cross a 5,400m pass, encounter glaciers, the world’s deepest gorge (on the final western side of the circuit), bamboo, rhododendron, pine, spruce, hemlock, maple, oak and other forests, rice paddies, tundra and ancient monasteries… and the views are terrific.

The trek starts up the Marsyandi Khola (river) and continues north up the wooded Manang Valley through Chamje, Pisang, Braga and other remote villages belonging to differing ethnic groups; predominately Gurung, Manangi and Thakali. On the other side of the 5,400m Thorung La is a steep descent, from which you have great views of Dhaulagiri (8,167m), to the Hindu and Buddhist shrines at Muktinath (3,800m) and, the next day, the fascinating little village of Kagbeni. Most people now fly back to Pokhara from Jomsom, but we could still continue and trek down the Kali Gandaki Gorge, a rugged valley three times as deep as the Grand Canyon (from mountain top to river surface).

This is a tea-house trek best done in October or November, though it could also be done from March to early May.

It should also be emphasized that the itinerary below is an example and other villages can be stayed in each night depending on progress.

If you have an extra three days to spare then we strongly recommend starting with a trek across the Himalayan foothills from Manakamana to Besi Sahar via Gorkha and Tarkughat. This is both a fascinating hike that other tourists don’t see and a good opportunity to get fitter before you start ascending. 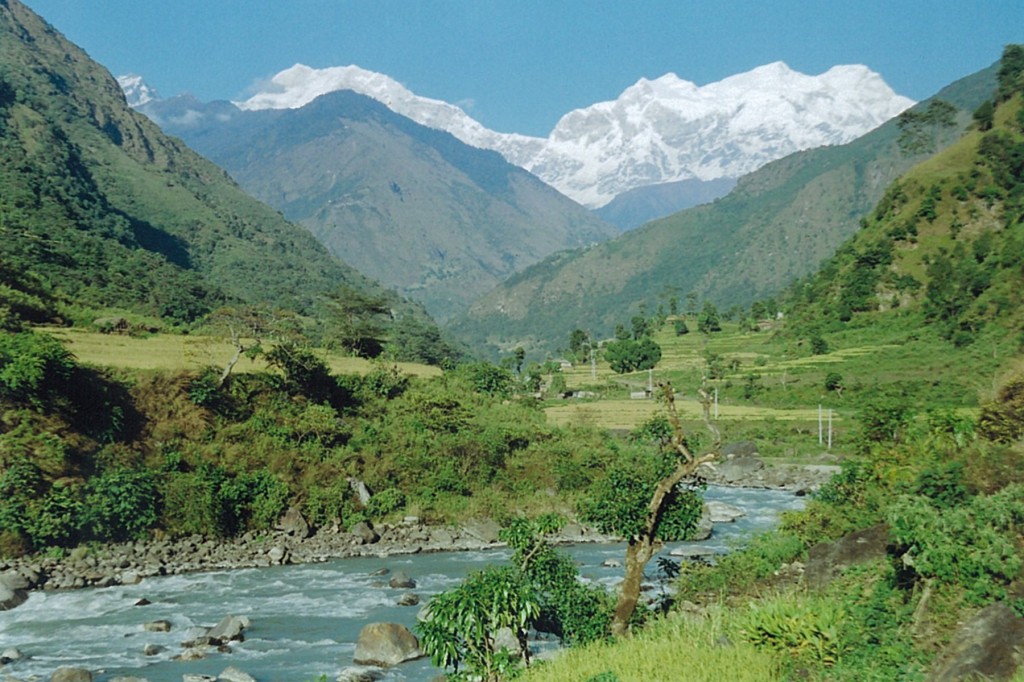 Day 2 – The Annapurna Massif Looms Ahead 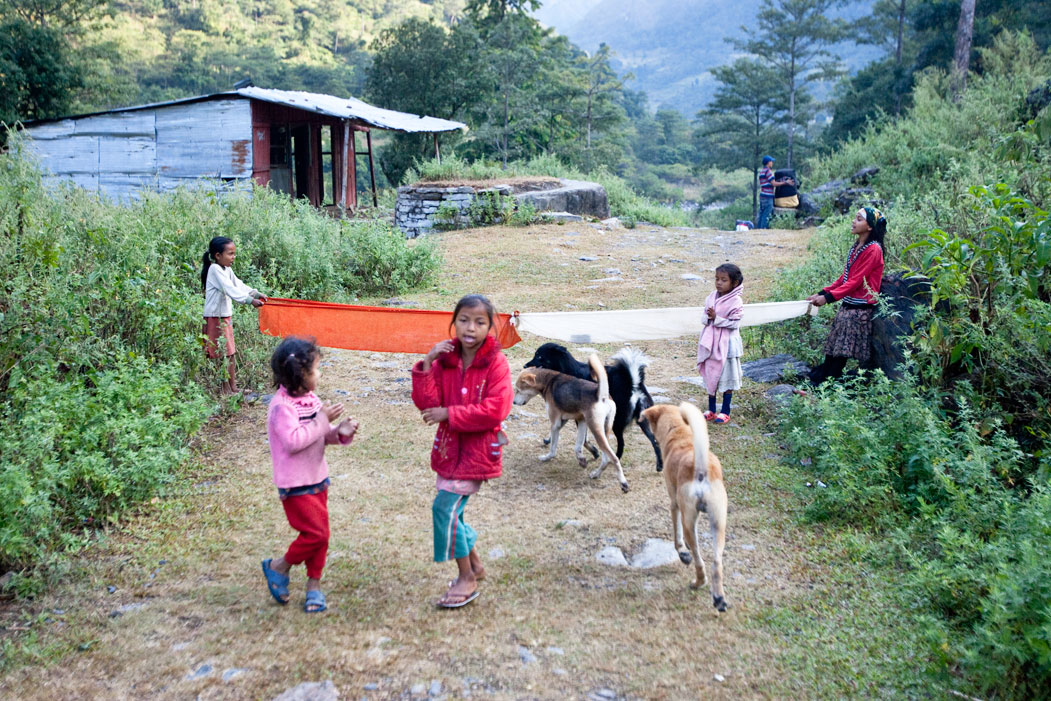 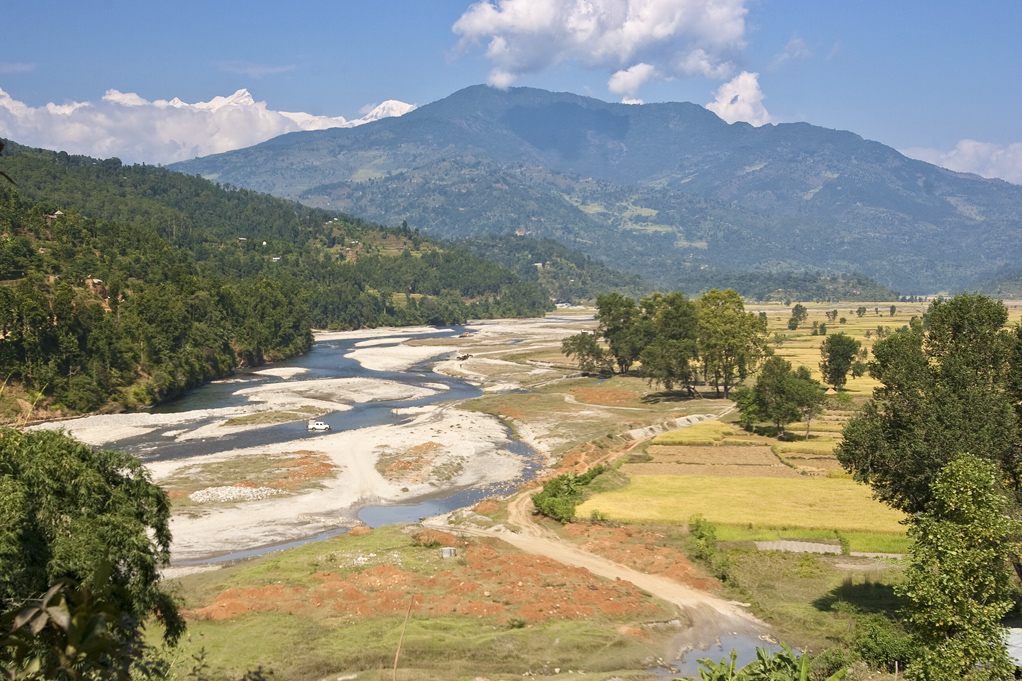 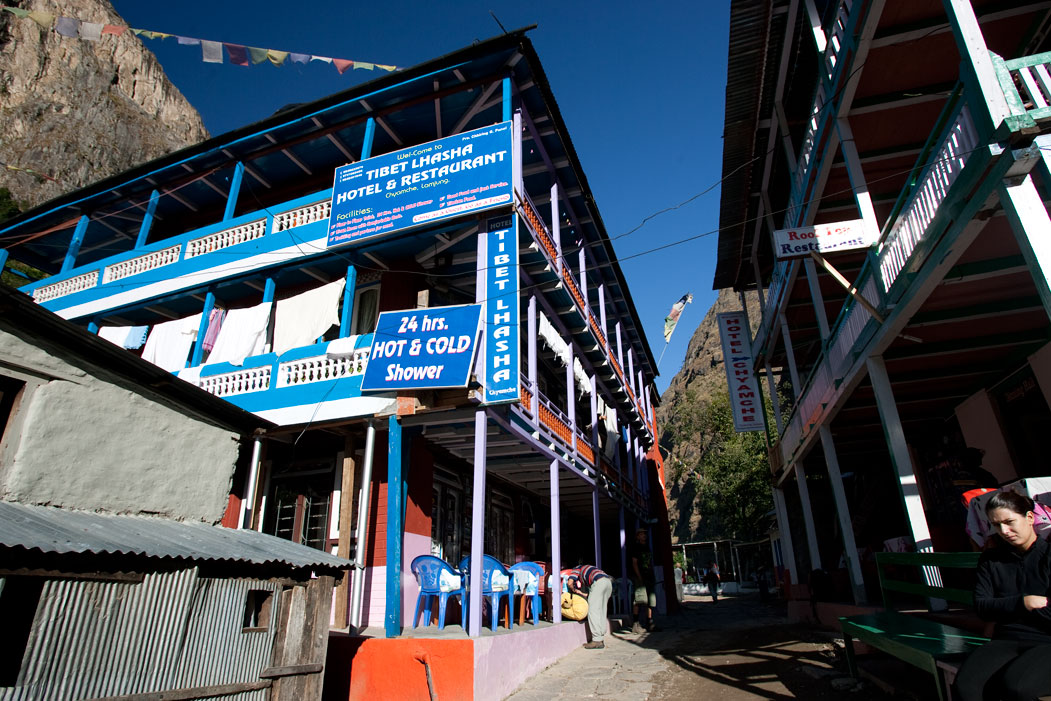 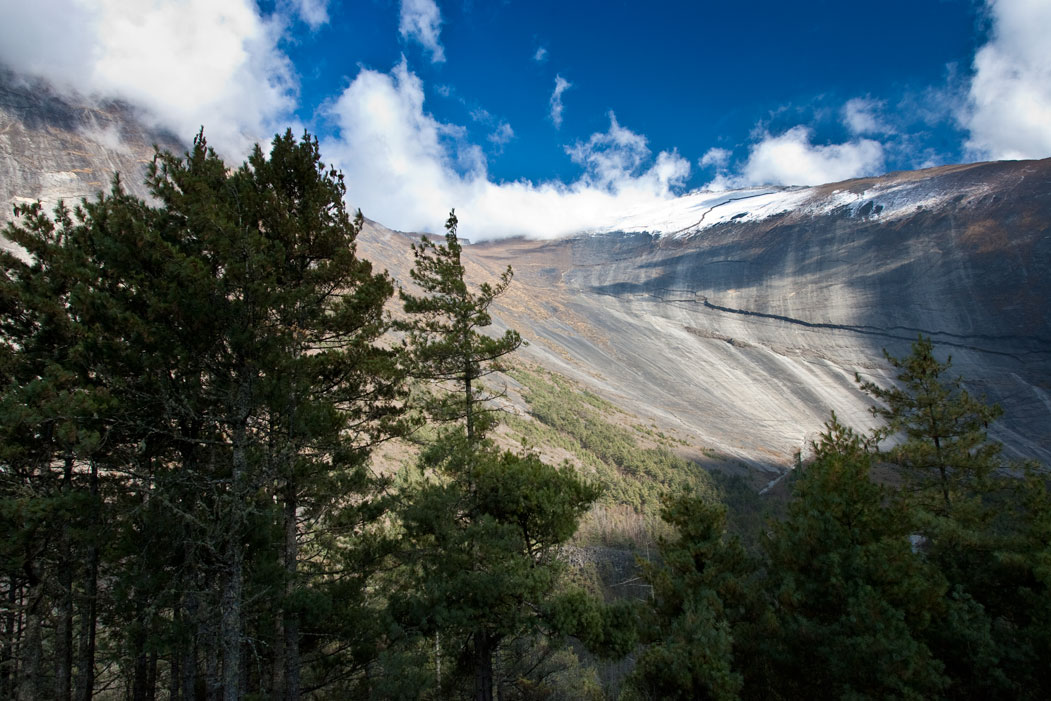 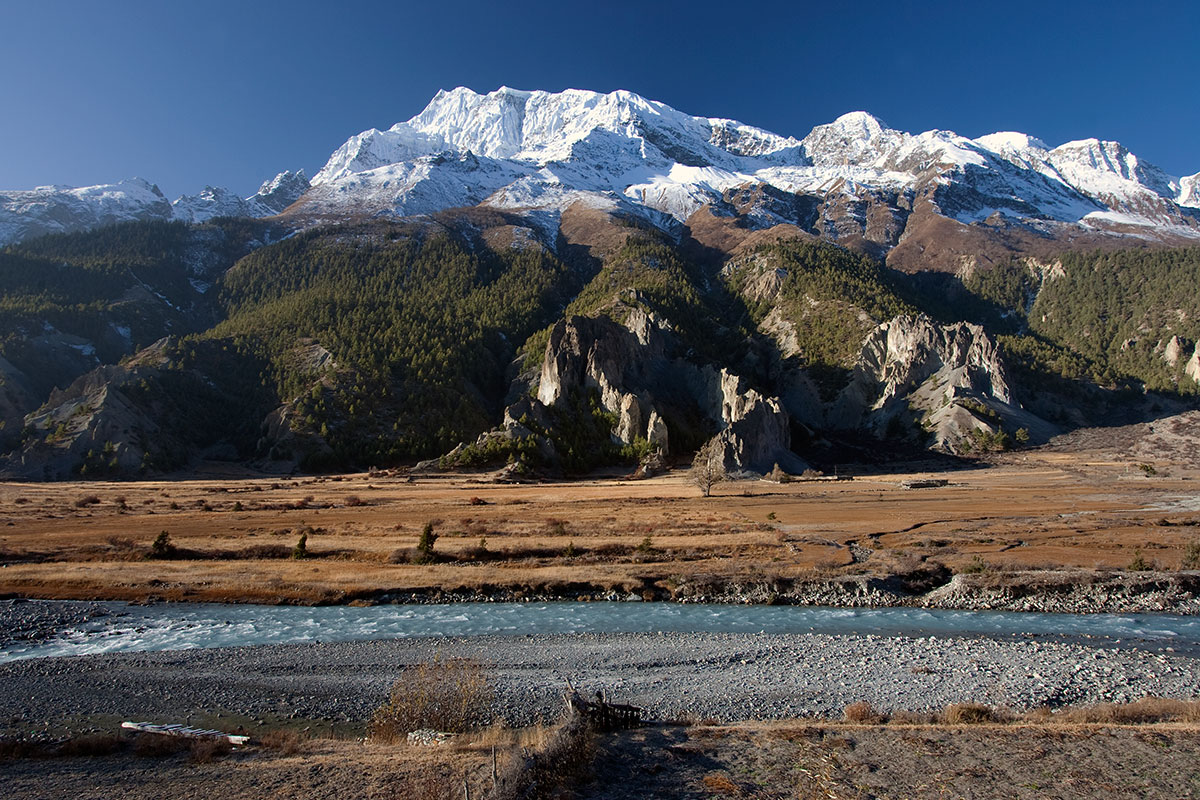 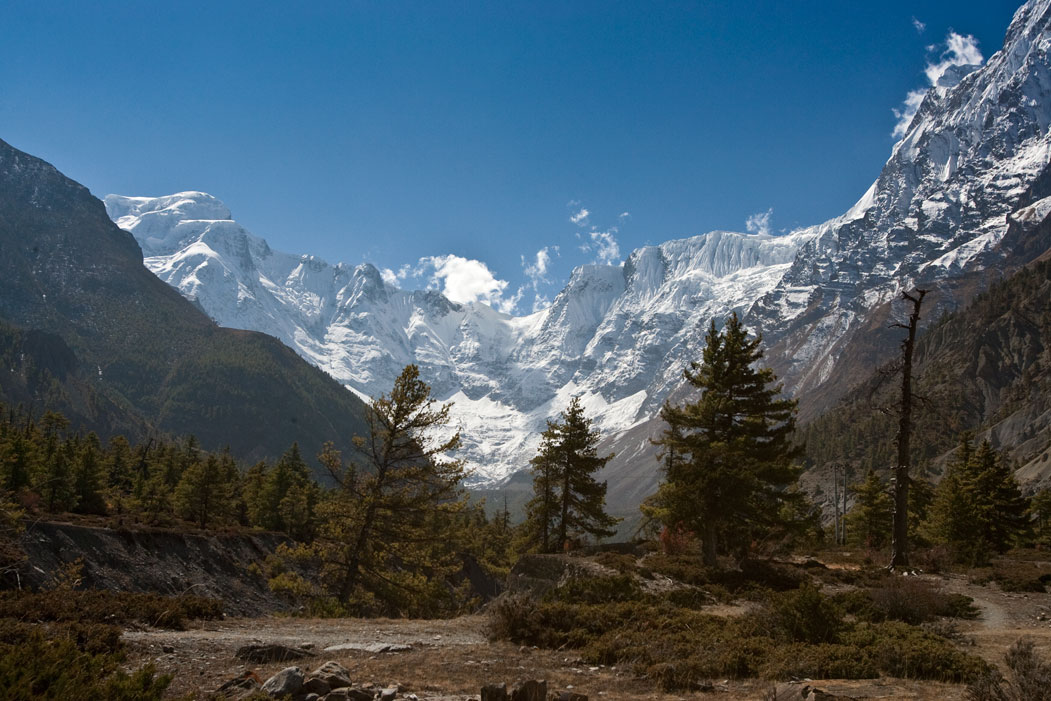 Day 12 – Thorong La on the Right of the Image Day 12 – Toward Kagbeni and the Kali Gandaki Valley 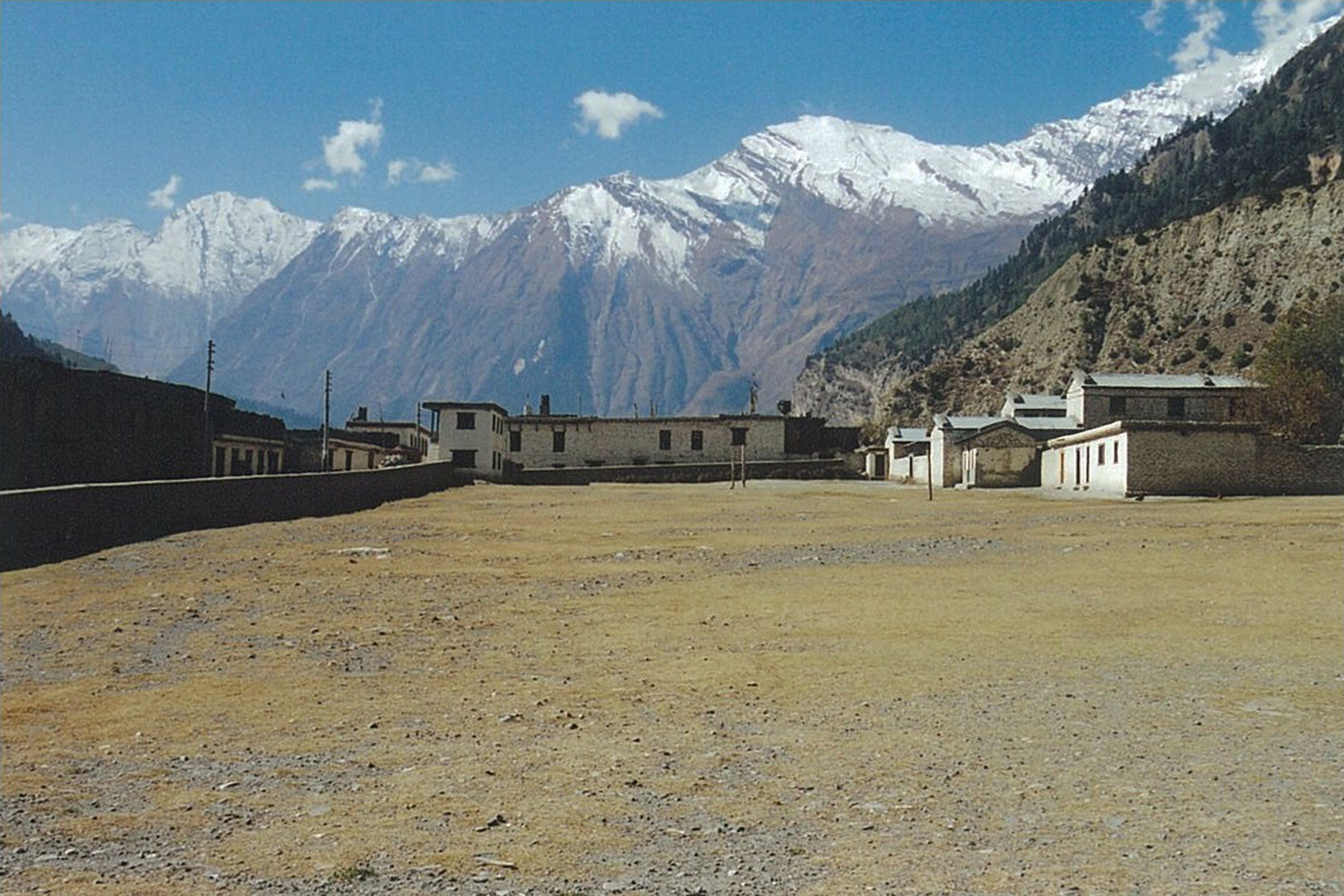