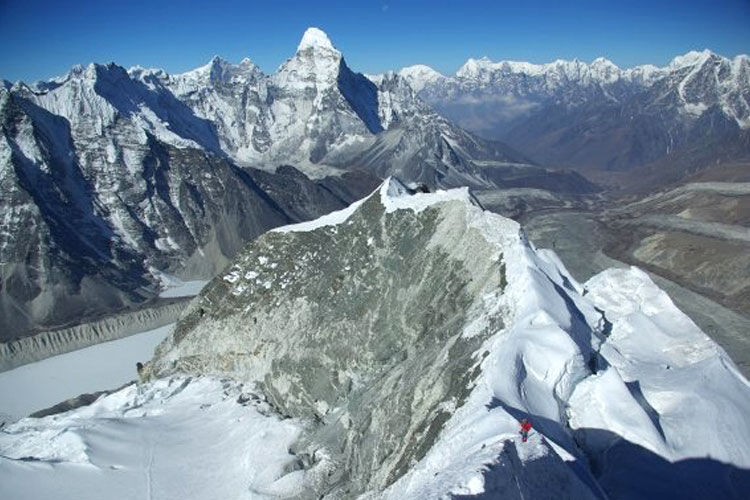 Nepal’s Island Peak (Imja Tse) is an extension of a ridge coming down off the south end of Lhotse Shar and is one of the most popular trekking peaks given its lack of difficulty (alpine grade PD+) and its accessibility. The views from the summit are spectacular, surrounded by Nuptse (7,879m), Lhotse (8,501m), Lhotse Shar (8,383m) and the shapely Ama Dablam (6,856m). Also in view are Makalu (8,475m) and Baruntse (7,720m).

To reach the summit of this trekking peak we will cross grassy slopes and rocky outcrops, cross a broad gully, scramble to a ridge, climb a glacier, avoid crevasses, ascend a steep snow-covered gully and follow a ridge to the top. This climb is reputedly harder work in the spring than the autumn. Ice axes and ropes will be carried by your guides and we may need to use them on the steeper parts.

Imja Tse is a good non-technical climb with some challenges, its biggest disadvantage is its popularity. Like most peaks this is best climbed late September to mid/late November or between late-March and mid-May.

As of May 2022 the trekking permit is US$ 250 in March to May, US$ 125 from September to November and US$ 70 any other time of year. We will include permit fees in any price quote.

This is a camping trek, though tea-houses can be lodged in much of the way. 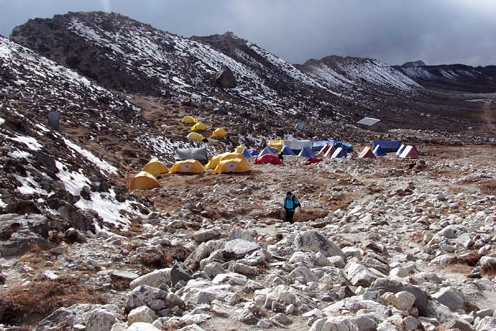 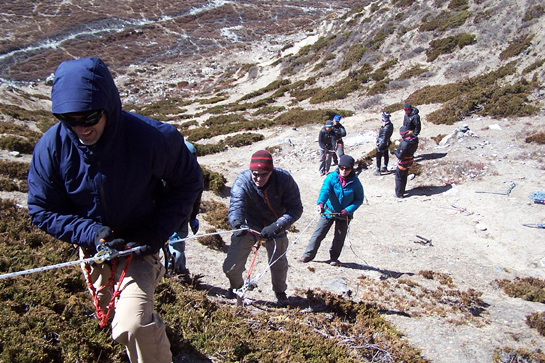 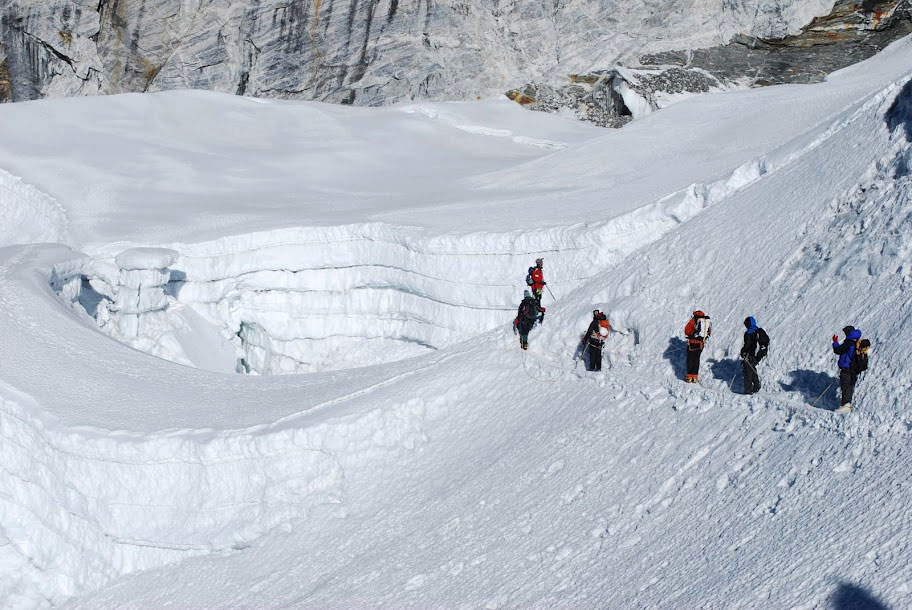 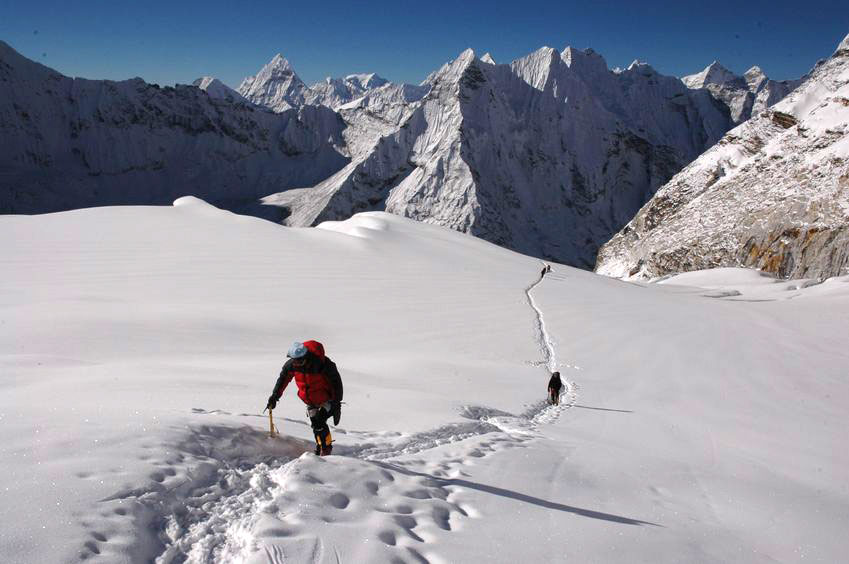 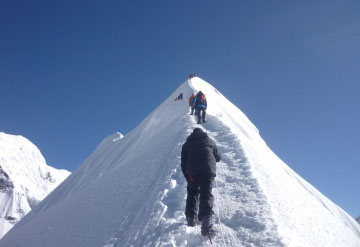 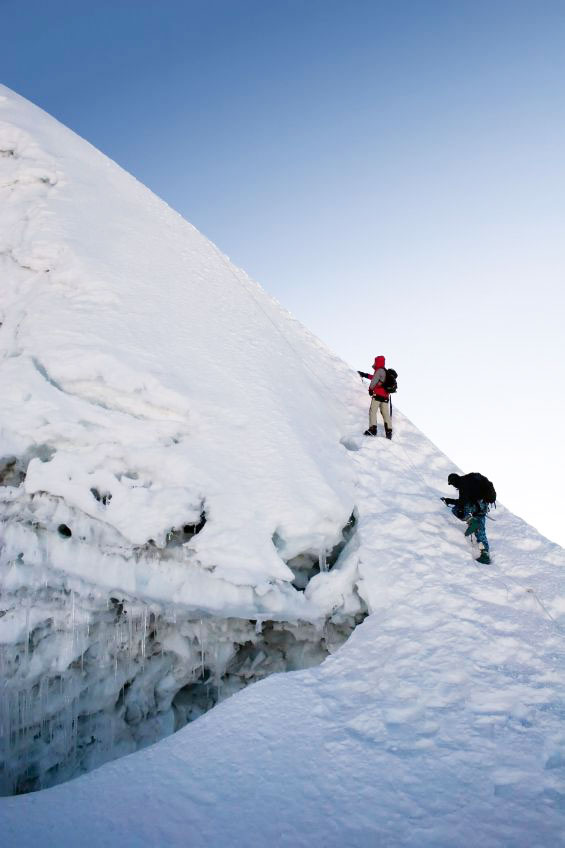 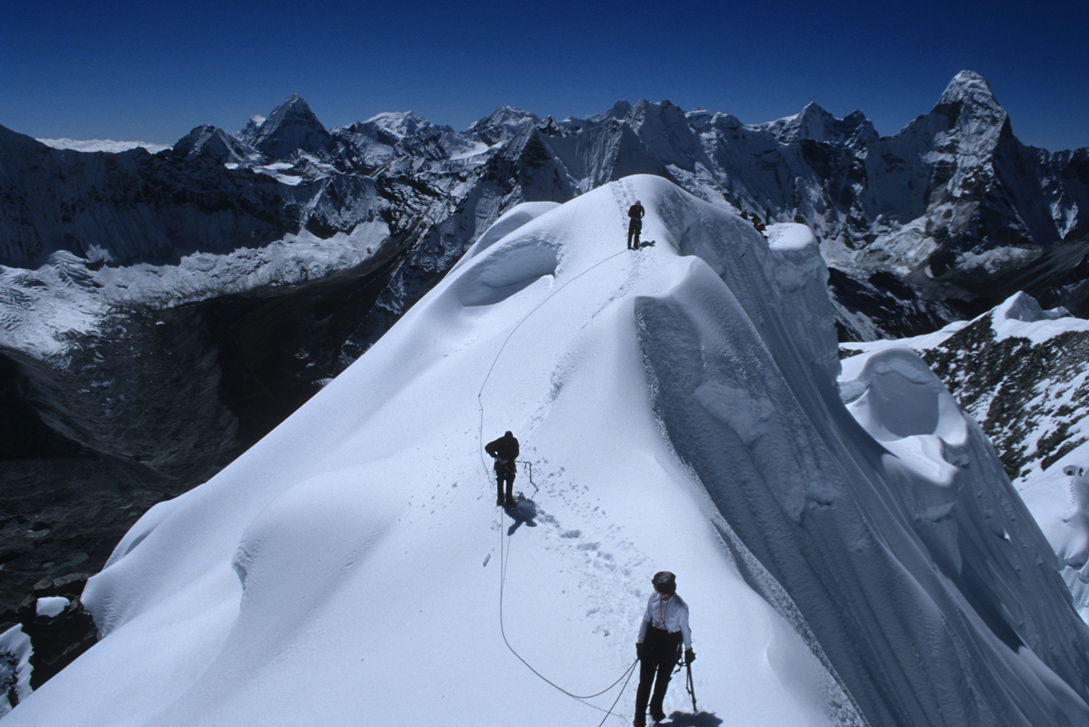